As of late, I've noticed the dynamic in our family slowly changing. There's an insidious element creeping in that I'm not sure I like. It's called independence.

My youngest, at 16 months, is just starting to exert a little independence - walking, screaming when he doesn't get his own way (love that one! ;), wrestling with his sister... you get the drift. Having gone through this stage already with my first child, I didn't fully understand how having baby #2 go through it would affect me - until now.

Last night, at bathtime, my two *angels* ganged up on me!  After supper they were both plopped into the bath and, shortly after, my little one started lightly splashing. That's all it took for my 4-year-old to instigate a full-on water war and, before I knew it, I was wet and both kids were laughing hysterically. It was like they were in on their own little plan... against me! It was a moment I'll never forget - not because I was soaked, but because I took a moment to enjoy their camaraderie and laughter instead of getting annoyed at the mess. My only regret is that I didn't get it on video. What an amazing memory to capture and show them when they're older!

I like the fact that my little guy is maturing and becoming his own little person, but I guess I didn't expect it to hit me like this. He really IS growing up. He isn't a baby anymore... and that makes me kind of sad. My baby years are over and, despite not loving certain parts of it (sleepless nights, seemingly endless diaper changes), there are other parts I wish I could hold on to forever. He's my littlest baby and his growing up signals the end of an era... but it's also the start of a new one. And, by the looks of it, he and his sister will have a lot more chances to gang up on me.

I guess it's two against one now (at least when hubby's at work). I'd better get used to it... and keep the camera nearby at all times! I don't want to miss another moment.
posted by Lisa at 8:39 AM 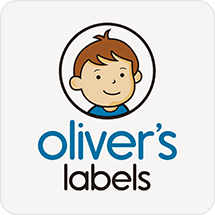